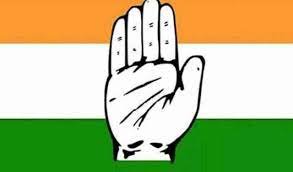 HAILAKANDI, Jan 1 (PTI): The Congress will launch ‘Haate Haath Dhoro’ (hold each other’s hand) padayatra in Barak Valley of Assam on January 28, state unit president Bhupen Bora said here.
Congress leaders from Mizoram, which borders the southern Assam region, will also participate in the padayatra to improve relations between the two states, leader of Opposition Debabrata Saikia said.
The programme will begin from Dholai in Cachar district near the Assam-Mizoram inter-state boundary and end in Malegarh in Karimganj along the India-Bangladesh border on February 10.
The 165-km-long padayatra will cover all the 15 assembly constituencies in three districts of the region.
Congress leaders and workers will walk 11 km daily, Bora said.
He said Barak Valley could not be covered during the Bharat Jodo Yatra’s 45-day Assam programme from Golakgunj to Sadiya.
Saikia said there are many problems along the Assam-Mizoram border and Congress leaders from the neighbouring state will participate in the programme to improve relations between the two states.
A gun-battle broke out between the police forces of Assam and Mizoram last year over the border dispute along Barak Valley, resulting in the deaths of at least six police personnel and a civilian from Assam.