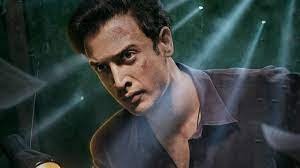 Srinagar, Nov 21 (PTI): Actor Zain Khan Durrani on Monday said Kashmir is opening up to the world of cinema as a lot of production houses are coming up which not only provide job opportunities to the locals, but develop work culture.
Durrani, who was in Srinagar to promote his spy thriller series “Mukhbir – The Story of a Spy”, also said Kashmiri filmmakers have to bring about a change if they want the country to see the stories from the Valley with a new perspective.
“Kashmir is now opening up to films. Many people are into production now. A lot of production houses have come up, people are working in them. It not only provides job opportunities, but also develops work culture. People from outside come and work here, we get to learn from them. It leads to change in the work culture,” he said. The actor, a Kashmiri himself, said while it would take time for the cinema to evolve in the region, “if we want to narrate or showcase our own stories, we have to open production houses, nurture local talent like they do in the south”. “If we want the whole country to see the stories from Kashmir, and that too with a new perspective, we have to bring a change ourselves. We have to show different stories from here, the stories about those topics which have not been explored so far. “Right now, people outside have a micro view and see only those things for which Kashmir remains in the news. There are so many different stories related to our culture and history. It is our responsibility to get those stories out,” he added.
Durrani, who made his feature film debut with Onir’s “Kuchh Bheege Alfaaz”, said “Mukhbir” provides an intimate look into the sacrifices that spies make for the country without ever being named or celebrated.
“The main purpose of this web series is to highlight that aspect. Kashmir is a small angle of the story. As such, the story is not based in Kashmir.
“While there are references about Kashmir in the series, the real story is about a person, his journey of becoming a spy, and his sacrifices. It is also about those people whose lives he touches and what impact that makes,” he said.