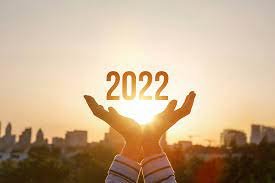 HT Correspondent
DEMOW, Dec 31: After the pandemic, the year 2022 was a year to cheer for the people of Demow.
In the month of May 2022, Moyur Krishna Gogoi, an inhabitant of Gudhabil Gaon near Demow of Sivasagar district created a record by making paintings of nine famous personalities using nine natural colours namely bhringraj, marvel of peru plant, turmeric, green leaf, charcoal, areca palm, chilli, blackberry and soil. For her feat, Moyur Krishna Gogoi was honoured by the India Book of Records.
In the month of June 2022, the HSLC 2022 results were declared where Deepshika Baruah, a student of Demow Girls High School and a resident of Demow secured was ranked seventh in the state, on the other hand Jyotirmoy Dutta, a student of Srimanta Sankardev School, Nitaipukhuri and a resident of Nitaipukhuri Baputigarh secured 589 and was ranked ninth in the state.
In the month of July 2022, Kaushik Chetia, a resident of Demow Alun Nagar of Sivasagar district cleared the written examination of National Defence Academy (NDA) which was held on November 14, 2021. Megha Nidhi Dahal, former deputy commissioner of Sivasagar district felicitated and congratulated Kaushik Chetia for his success.
In the month of September 2022, Bitu Chetia, a resident of Demow Janata Path won the third prize in the Assam Tourism Photography Competition for the fourth consecutive time.
In the month of October 2022, the first surgery case was performed in Demow Model Hospital which is situated in Demow Raichai Konwar Dehingia Gaon on the other hand in the same month, Bijit Gogoi, a resident of Demow Barua Changmai Gaon of Sivasagar district whose father is a carpenter cleared the APSC Combined Competitive Examination (CEE) 2020 and brought laurels to the area.
In the month of December 2022, for the first time, the members of Sonapur Social Development Society, an NGO, in association with the locals carried out a Grantha (Book) Yatra in the tea estates.