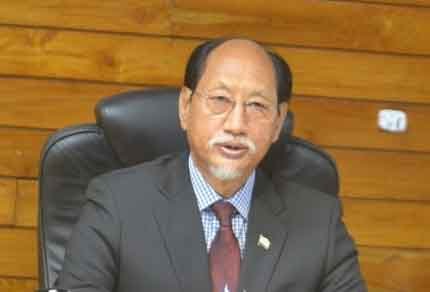 Kohima, Dec 6 (PTI): Nagaland chief minister Neiphiu Rio on Tuesday said that non-participation of seven tribes of the eastern part of the State in the ongoing Government-organised Hornbill Festival is unfortunate.

All tribes of the Northeastern State generally take part in the annual festival being held for over two decades. However, seven tribes in six districts of Eastern Nagaland are not participating in the event this year to press for their demand for a separate State.

“It is unfortunate that the seven tribes under Eastern Nagaland Peoples’ Organisation (ENPO) are not participating in the Hornbill festival. It is only to express their unhappiness as their demand has not been responded to by the Central Government,” Rio told reporters on the sidelines of an event at Mezoma village, some 18 kilometres from here.

The ENPO, the apex body of these seven tribes, has been demanding a separate State – Frontier Nagaland – comprising the districts of Mon, Noklak, Kiphire, Longleng, Shamator and Tuensang since 2010.

“I hope that the matter will be resolved amicably,” the chief minister said.

Despite the demand, the seven tribes – Chang, Khiamniungan, Konyak, Phom, Tikhir, Sangtam and Yimkhiung – had been participating in the festival but this time they are boycotting the programme.

The students and women bodies under ENPO had directed that there would be ‘no display’ of any cultural item of the seven tribes during the mega event.

The Hornbill Festival was inaugurated by Vice President Jagdeep Dhankhar on December 1 coinciding with the 60th Statehood Day of Nagaland and it will continue till Saturday.

Altogether 66,133 tourists visited the picturesque Naga Heritage village Kisama where the festival is being held till Monday.