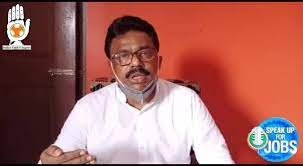 GUWAHATI, March 30: Congress MLA Nurul Huda was on Wednesday suspended from the Assam Assembly for some time after he shouted against Speaker Biswajit Daimary who, during the Question Hour, had directed him to ask his query stopping a lengthy prelude to it.

As he did not leave the House even after being suspended, marshals dragged him out. All members of the Opposition party then staged a walkout.

Earlier, Daimary repeatedly asked Huda to ask his supplementary question regarding his primary query on election to cooperative societies instead of making a long statement.

“Sir, I am trying to explain the problem,” Huda said.

When Huda continued to make an explanation as a prelude to his query, Daimary moved to Congress MLA Kamalakhya Dey Purkayastha to ask another supplementary question.

Purkayastha urged the Speaker to allow Huda to ask the question, but Daimary did not accept his appeal.

Aggrieved by this, Huda started shouting against the Speaker, who then suspended the Congress legislator from the House for the duration of the Question Hour.

Huda then went to the well from where marshals then dragged him out of the House.

Following this, all the Congress MLAs staged a walkout.

At the end of the Question Hour, the Speaker revoked the suspension and all the Congress legislators, including Huda, entered the House for the remaining procedures of the day.