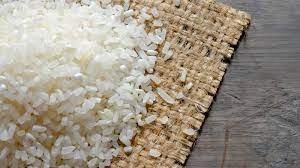 MORIGAON, Dec 6 (PTI): Morigaon district administration on Tuesday ordered a probe into all cooperative societies in the area following suspicions of a scam in PDS rice meant for the poor, a senior official said.

Eight of the accused in the scam have been arrested and ten others are absconding, district deputy commissioner Devashish Sharma told PTI.

The operation to nab the absconding men is on, he said.

A special investigation team has been formed under Morigaon additional deputy commissioner Arundhuti Narah Mipun to probe the scam, which will submit its report within 15 days, Sharma said.

The district administration had detected the scam at Lochanabori in Morigaon in the distribution of 10,500 quintals of rice allotted during two months to a cooperative society. Its agents in 18 of the 45 fair price shops run by it were found to have been involved in siphoning off rice meant for the poor of the area.

The probe was limited to only July and August this year and the irregularities were most likely going on for a long period. A complaint was filed with the police after submission of the report, he said.

“This could be just the tip of the iceberg as nobody knows how long this scam has been going on and the probe was carried out after receiving a complaint. Besides, such scandals may be going on in other societies of the district as well as in other parts of the state. So all cooperative societies in Morigaon will be probed,” the deputy commissioner said.

Only the agents of the cooperative society have been arrested and it is suspected that people at multiple layers of different organisations are involved in it. A detailed probe will reveal these points, he added.

About the modus operandi adopted by the Morigaon cooperative body, Sharma said that PDS rice procured under Pradhan Mantri Garib Kalyan Anna Yojana (PMGKAY) and National Food Security Act (NFSA) is taken away by it soon after it reached the railway station.

In the interior areas the cooperative agents usually take away the ration cards of most of the beneficiaries, who generally get the rice once in two months or even three months. There is also no clarity whether the rice is given under PMGKAY or NFSA and the agents sell the rice allotment of one or two months in the market.

He said when the probe began the agents hurriedly bought 4,000 quintals of rice from the open market and distributed it among the beneficiaries. There was, however, no trace of around 6,000 quintals, Sharma said.

The scandal may have taken place in respect of both PMGKAY and NFSA rice, he added.