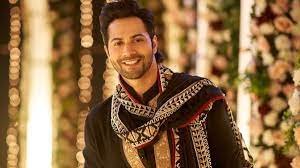 Mumbai, Nov 8 (PTI): Days after opening up about his vestibular hypofunction diagnosis, Bollywood star Varun Dhawan said he has made certain lifestyle changes and is doing much better. At a conversation session last week, the 35-year-old actor had revealed his condition that affects the inner ear’s control over the balance of the body.
In a Twitter post on Monday night, Dhawan said he was touched by the love and concern his well wishers showered on him in the past few days.
“Hey guys I know I had recently given an interview where I spoke about my health not being a 100 per cent. The amount of concern and love that has followed has left me humbled and actually very energised to get back to 100 per cent,” the actor tweeted.
“To everyone who has been concerned I would like to share I am doing much better with the help of yoga, swimming, physio and a change in lifestyle. Getting sun is the most important. Above all the blessings of Bhagwan (god),” he added.
During the session at the India Today Mumbai Conclave 2022, Dhawan had said that he was pushing himself hard to cope with the condition.
“Recently, I just shut down. I didn’t know what had happened to me. I had this thing called vestibular hypofunction, basically your balance goes off. But I just pushed myself so hard.
“We are just running in this race, nobody is asking why. I think there is a greater purpose we are all here. I am trying to find mine, and hopefully, people will find theirs,” the actor had said.
On the work front, Dhawan will next be seen in horror comedy “Bhediya”, scheduled for release on November 25.Directed by Amar Kaushik of “Stree” fame, “Bhediya” follows Bhaskar (Varun), who transforms into a werewolf on every full moon night after he is bitten by a mythical wolf. Also starring Kriti Sanon, Deepak Dobriyal and Abhishek Banerjee, the horror-comedy is produced by Dinesh Vijan. It is presented by Jio Studios and Vijan’s Maddock Films.