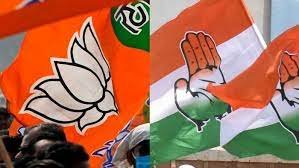 Ahmedabad, Nov 21 (PTI): Though frowned upon and favoured in equal measures by parties of different hues, dynastic politics is a traditional feature of electoral contests in the country and the next month’s Gujarat assembly polls are no exception.

The ruling BJP and opposition Congress have together fielded sons of sitting and former MLAs in at least 20 of the total 182 constituencies.

The opposition Congress has fielded 13 such candidates and the Bharatiya Janata Party (BJP) to seven.

Gujarat will vote in two phases on December 1 and 5. The counting of votes will be taken up on December 8.

According to analysts, political parties are at times compelled to give tickets to dynasts either due to the strong ‘winnability’ factor or in the absence of an alternative in the constituencies where these leaders wield clout.

The segment reserved for scheduled tribe (ST) candidates will witness a straight contest between Rajendrasinh and Congress’ Sangramsinh Rathwa, the son of former railways minister Naran Rathwa, both making their poll debut.

Sitting MLA from Sanand seat in Ahmedabad district Kanu Patel is the son of former Congress MLA Karansinh Patel. The Patel senior joined the BJP in 2017, paving the way or his son to contest from Sanand again.

The BJP has repeated Kanu Patel from the same seat.

BJP’s candidate from Thasra, Yogendra Parmar, is the son of two-time MLA Ramsinh Parmar, who had won on a Congress ticket in 2007 and 2012 before quitting the party in 2017 but was defeated by a BJP candidate.

Shailesh Parmar, a two-time MLA of Congress from the Danilimda seat in Ahmedabad, is the son of former MLA Manubhai Parmar.

The Congress has once again reposed its faith in Shailesh for the upcoming elections.

Mahendrasinh re-joined Congress last month and was fielded by the party from the Bayad seat.

He represented the constituency as a Congress MLA between 2012 and 2017, switched over to BJP in 2019, and returned to his parent party- Congress- last month.

Tushar Chaudhary, the son of former chief minister Amarsinh Chaudhary, has been fielded by Congress from Bardoli, a seat reserved for ST candidates.

Jayesh Radadiya, the son of former BJP MP from Porbandar seat (late) Vitthal Radadiya, had won the 2009 by-election to the Dhoraji Assembly seat.

He won the 2012 Assembly elections from the Jetpur constituency as a Congress candidate. Jayesh and his father resigned from Congress in 2013.

In the 2017 polls, the Radadiya junior won on a BJP ticket from Jetpur.

He went on to become a minister in the cabinet headed by Vijay Rupani.

The BJP has fielded him from Jetpur for the next month’s elections.

“There are several families in all political parties which consider politics as their legacy. Such families wield huge influence in their respective seats and can sway the electoral outcome,” said political analyst Ravindra Trivedi.

He said parties are unable to find an option for such leaders and therefore they are compelled to give tickets to their close kin.

Trivedi also said in some instances there are ‘dabang’ (strongman) leaders against whom no other leader from their political parties dares to stand.

“They keep winning successive terms and are given tickets because parties fail to find an alternative. Even when they are replaced, it has to be their sons, daughters or wives,” he said.