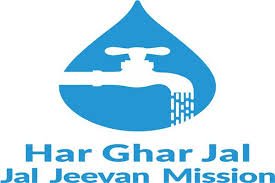 Around 93 households have been provided with functional household tap connections fulfilling the aspirations of the mission.

Tudu, who was on a two-day visit to Nagaland, interacted with the villagers and asked them if there was any difference in tap water facility after the implementation of the JJM in their village.

The minister expressed happiness that the villagers are operating the distribution system and collecting Rs 30 per month as user charge, according to the office of the executive engineer PHED (Rural) Dimapur.

Tudu said the villages have been made accessible to tap water connections at the household level after 75 years of independence under Prime Minister Narendra Modi’s leadership.

Seithekema-A Village Council chairman Kelengulie Khro, along with others, received the minister in the village.

During his visit, the Union minister was accompanied by officials from PHED.

Meanwhile, Tudu told media persons in Kohima on Monday that only 54% of the JJM have been completed in the state. He said the target of 100% coverage by the end of 2023 has been affected due hilly terrain in the state.

He added that Nagaland being a hilly area, some projects could not be implemented and will be reviewed.

The minister said the PHED has assured him that 80-90% of the mission will be completed by 2023-end.