1000 Bru militants to surrender arms in Assam on Dec 12 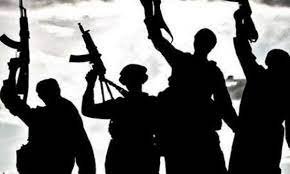 HAILAKANDI, Dec 8 (PTI): Around 1000 Bru militants will surrender arms and return to the mainstream at a formal ceremony in Assam’s Hailakandi district on December 12, police said on Thursday.

Members of the United Democratic Liberation Front of Barak Valley (UDLFBV) and Bru Revolutionary Army of Union (BRAU), who are currently on a ceasefire, will formally lay down their arms at Katlicherra, 28 km from here along the state border with Mizoram, Hailakandi Superintendent of Police Nabaneet Mahanta said.

The superintendents of police of Hailakandi, Cachar and Karimganj districts have been asked to display the arms during the formal ceremony.

The Centre, the state governments of Mizoram and Tripura and the Mizoram Bru Displaced People’s Forum (MBDPF) had signed an agreement in 2018 for the repatriation of Bru families and had initiated negotiations with the outfits to return to the mainstream.

Both the militant outfits were active in the 90s along the Assam-Mizoram border areas, particularly in Hailakandi district, and were alleged to be involved in the killing of BJP leader Pratul Deb, who had returned to India from London after retirement, along with cases of extortion, kidnappings and other unlawful activities, the police said.