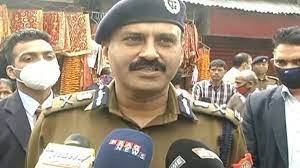 Meanwhile, security measures have been tightened in upper Assam to thwart any kind of eventualities.

Apart from the superintendents of police of the upper Assam districts, top brass of the CRPF, Army, Assam Rifles and central intelligence agencies were present in the meeting which was held at the Daulat Singh Negi Memorial Police Guest House.

Operational preparedness, disposal of crime cases, oil pipeline thefts, action against child marriage, security arrangement for G20 meet in Dibrugarh were among the issues discussed in the meeting.

Speaking to reporters at the end of the meeting, the special DGP said, “In view of the upcoming Republic Day, we had a security review meeting with security and intelligence agencies to ascertain our operational preparedness. The law and order and security arrangement were discussed. Though there is no specific input about the likelihood of any subversive activity by the ULFA (Independent) in the state ahead of Republic Day, security forces have been instructed to be on alert considering past examples. Crime review of upper Assam districts was also done regarding disposal of crime cases, prosecution of crime and how to increase crime conviction rates in 2023. Oil pipeline thefts in upper Assam and preventive actions were also discussed in the meeting.”

Speaking about the security arrangement for the screening of Shah Rukh Khan’s movie ‘Pathaan’ in the state, the special DGP said, “Three days ago we have already provided instructions to SPs of every district to make adequate security arrangements for the smooth screening of the Pathaan movie. We won’t allow vandalism. Cine goers and cinema hall owners will be provided protection and there will be enough security. If anyone wants to protest one can do so lawfully and in a democratic manner. We don’t have any issue with that. But vandalism will not be tolerated at any cost.”