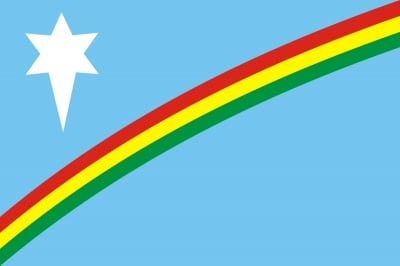 NEW DELHI, June 23 (IANS): The Naga Civil Society under the aegis of much respected Nagaland Gaon Burrah Federation (NGBF) of village elders has now taken the much-delayed peace talks process to the next level, and formed an Action Committee to materialise the solution at the earliest.
The consultative meeting on Naga Political issue in its June 21 meeting at Dimapur saw participation of civil society organisations, tribal bodies, public leaders and intellectuals.
The meeting was initiated and organised by NGBF.
The House resolved to constitute a high-powered panel under the nomenclature of Nagaland People’s Action Committee (NPAC) to carry out the “voice of the people till we get the desired result”.
It said the talks finalised as on October 31, 2019 should be implemented.
The house also resolved to ask the apex Tribal Hohos to officially delegate one representative each to be a member of the committee.
As of now, the Committee will have convener Theja Therie, co-convener Shikuto Zalipu of the NGBF, among others.
Much importantly, the Action Committee and others will now also organise a public rally and other follow up actions to mount pressure on Naga underground bodies and the Government of India to ink the final peace pact at the earliest, a spokesman for NGBF said.
Meanwhile, in a statement, convener of the NNPG umbrella organisation of 7-underground militant bodies, has categorically urged “the political leadership of India” to take a decision.
N Kitovi Zhimomi, NNPG head, appealed to all sections of the Naga society and asserted that the “negotiations have officially concluded and therefore the political leadership of India must take the decision”.
He further said that generalising and alleging that the Naga political groups were deliberately delaying political solutions for personal reasons and ambition was “vague and unfounded”.
His point has been that the NNPG, on the contrary, is always keen for a final peace pact especially after it had inked the Agreed Position with the Centre and then peace interlocutor RN Ravi in November 2017.
“The misty cloud over Nagaland and Naga homeland has evaporated and the sky is clear. The dust has settled and it is visible to the Naga people as to who are playing chameleon’s role and delaying the Indo-Naga solution,” Kitovi said, making a veiled but obvious reference to the NSCN-IM.
The Naga people, thus, must speak out boldly and call a spade a spade, he insisted.
On June 21, the NNPG charged NSCN-IM leader Thuingaleng Muivah (a Tangkhul Naga himself) with making attempts to push Nagaland towards an authoritarian rule.
Tangkhuls have an overwhelming presence in the neighbouring state of Manipur.
“If this is not a glimpse of a determined plan for a backdoor entry into Nagaland in the near future what else is,” the NNPG working committee said in its statement in reference to NSCN-IM move on the Pan Naga Hoho.
For 25 years, Muivah and a few of his “trusted tribesmen” have been demanding from the Centre a “democratic nation, to allow them to begin an authoritarian regime in Nagaland”, it added.
“Would any Naga worth his salt hide the post-solution political or administrative blueprint from the Naga people for 25 years?”
The reference is to prolonged talks that began in 1997 and is still not able to throw up a solution.
In fact, while the Centre and some other stakeholders. including the then Governor RN Ravi had made a statement on the floor of the assembly that talks were over in October 2019, the NSCN-IM surprisingly said that negotiations were still on, and that the Pan Naga Hoho matters were still in ‘incubation’.
All these complexities have now forced NNPG to issue a strong statement, stating: “It is clear that the Naga tribes from within the present state of Nagaland have been taken for a ride. The brazen justification of the Pan Naga Hoho admitting that it is at incubating stage and being concretised sounds most outrageous.”
This is not the first time the NNPG has issued a strong statement against the NSCN-IM.
Last month the NNPG had stated that “Nagaland today is a land where tenants dream to be landlords through heckling, harassing and brutalising the owners with symbolic tools like integration, flag, constitution, Pan Naga Hoho, etc.”
A few days ago, the NSCN-IM in its statement had said: “The Pan Naga Hoho does not undermine any democratic political institution as perceived by others. Such a widely diffused view is unfounded.”
The NNPG, however, says the NSCN-IM wants to paint the Naga future landscape with a “democratic brush but their dictatorial ambition is visible”.
“Nagaland or for that matter Naga areas in other states have their very own indigenous Naga tribe inhabiting a particular area with full community ownership. No part of it can be ceded to another tribe or can be declared a common property of all Nagas now or in the future,” it asserted.
The consultative meeting convened by the NGBF said that the Nagas of Nagaland shall stand as “one entity and we shall collectively react to any discriminating action meted out to any individual or community by any element”.