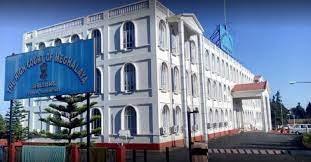 Shillong, Dec 7 (NNN): The Meghalaya High Court has sought a report on the source of coal used by the coke oven plants and ferro alloys plants operating in Meghalaya.

The Court on Thursday heard a PIL pertaining to illegal coal mining in the State.

It said that according to the information furnished by the secretary to the State in the Mining and Geology Department, a large number of coke oven plants and ferro alloys plants are operating in the State but only a limited few have both consents to establish and consent to operate granted by the Meghalaya State Pollution Control Board.

Apart from the fact that several coke oven and ferro alloys plants are operational without due permission, the source of coal at these plants has neither been identified nor reported on by the State.

“This has to be immediately done and both the secretary in the Mining and Geology Department and the chief secretary will be responsible in such regard,” the Court said in its order.